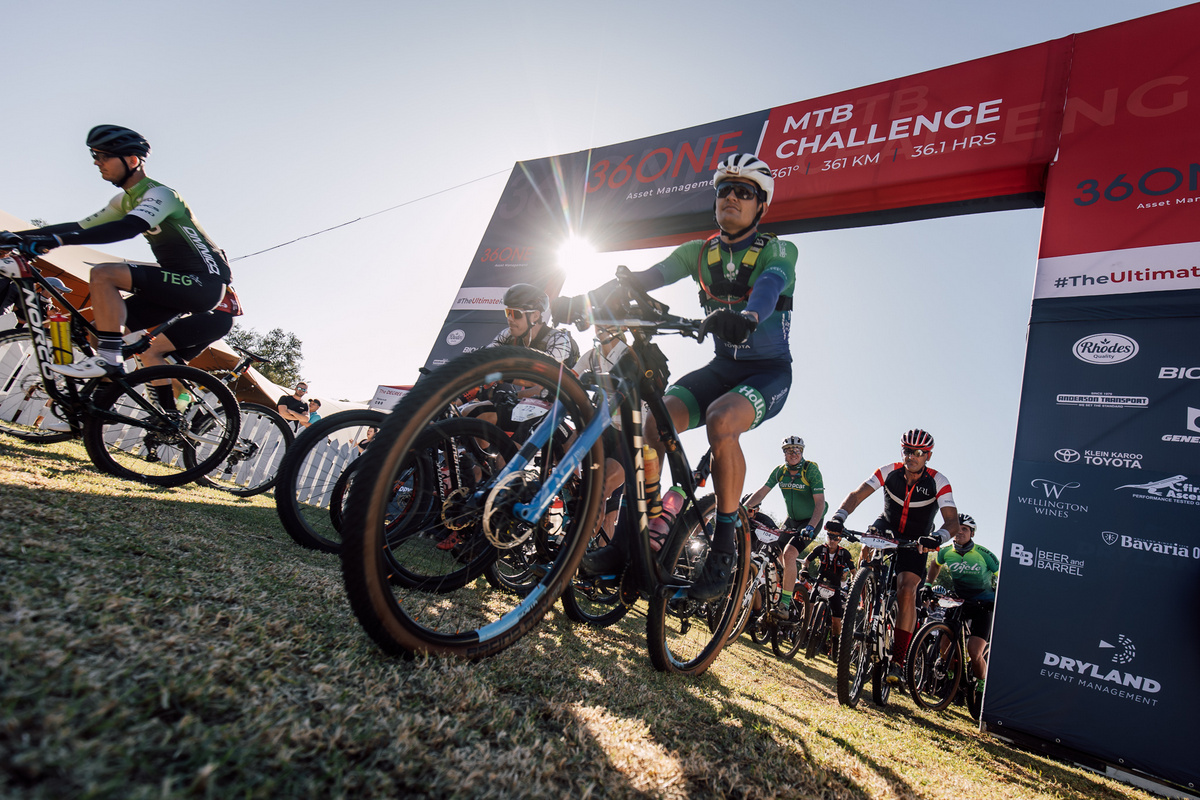 Multiple Namibian national champion, Drikus Coetzee bounced back from his 2021 36ONE MTB Challenge disappointment to shatter the record, in perfect conditions, in 2022. The 361-kilometre circumnavigation of the Klein Karoo takes in features like the Rooiberg Pass in its 5 000 metres of climbing. The eleventh edition was held on the 13th and 14th of May. Along with Coetzee the local queen of endurance mountain biking, Yolande de Villiers, emerged victorious; while the 180-kilometre half distance course record was broken by CP van Wyk on his way to victory.

The long-distance race started under clear skies on Friday afternoon, at 15:00. This allowed riders to see more of the route before the sun set. As well as getting further towards the first check point, at Louvain, it also set the scene for visually dramatic racing. Freddie Visser duly obliged, seizing the opportunity to launch a long-range attack.

At just 21 years of age, Visser was one of the youngest riders in the front group of 25. Unphased by the number of kilometres left to race, with only 40-kilometres covered, he upped the tempo and rapidly established a 50 second advantage over the elite selection. After the first water point, at the 54-kilometre mark, the 2021 third-place finisher accelerated to close the gap to Visser.

Once Coetzee had joined forces with Visser it was clear that it would take an almighty effort to bring the break back. Meanwhile, the only woman who had made the front selection, Yolande de Villiers, worked to continually extend her advantage over the chaser, Alma Colyn and Bianca Cooper. Despite the near-perfect conditions, De Villiers never appeared in contention to challenge the course record. Coetzee however, was on course to break the record from early on.

He ensured the pace remained high throughout. When Visser started to fade, 100 kilometres into the race, the RDX Powerbar relay team came to the fore. After David Garrett’s opening leg, Johan Trotzky dragged the team back to within touching distance of Coetzee. Theuns van der Bank summited Rooiberg Pass, just behind the solo men’s leader. The team’s final rider Andreas Studer rode the last 80 kilometres, from Calitzdorp to Oudtshoorn, with Coetzee; but was unable to help.

“From about 15 kilometres out I knew I was inside the record” Coetzee revealed. “But I wanted to empty the tank. Last year I came close, but made a mistake in the last 100 metres which put me out of contention in the sprint with Konny [Looser] and Christiaan [Janse Van Rensburg]. I knew from last year that I could break the record and conditions were perfect for it today. We only had a short section of head wind, approaching Checkpoint 1 at Louvain. It was a nearly perfect ride.”

Coetzee’s winning time was 13 hours, 17 minutes and 50 seconds; breaking the course record Looser had set, of 13 hours, 26 minutes and 14 seconds. De Villiers’ winning solo women’s time was 16 hours, 18 minutes and 10 seconds, which was an hour slower than her 2021 record setting time. The men’s winner was joined on the podium by Dusty Day and Freddie Visser, after Day had surged passed a fading Visser in the final 20 kilometres. Colyn and Cooper completed the women’s podium.

The 180-kilometre half distance race, started at The 36ONE MTB Challenge’s second Checkpoint, at Highgate Ostrich Show Farm. The route took riders over the Rooiberg Pass, into Calitzdorp and along the foothills of the Swartberg Mountains back to Oudtshoorn. CP van Wyk, Lloyd Priestman and Regis Maniora raced the event on gravel bikes, all shattering the record. Insect Science’s Van Wyk was the first across the line, setting a new record of 6 hours, 55 minutes and 58 seconds. Maureen Jordaan was the 180 women’s race winner. Along with the winners Fjord Jordaan deserved a special mention as he completed his tenth 36ONE MTB Challenge.

For the full results visit www.the36one.co.za.

GOING THE FULL 36ONE CIRCLE